Last week, we sent a disc granulator to the Philippines. This customer is a middleman. This is the second time we have cooperated with us. He had previously purchased disc production lines from our company to his customers. After the end user used our disc production line, he thought that the disc production line was very good, and recommended the machine to his friend. The friend found our customer and hoped to help him purchase a disc granulator. After the customer received the request, he immediately contacted our sales staff. Our business actively responded to the customer's request and gave the customer a preferential price, and finally successfully got the order.

The raw meal powder is made into a ball core with uniform particle size, and then sent into the ball disc. After the ball core enters the ball disc, it is subjected to centrifugal force, friction force and gravity in the disc, moves along a parabola, and is continuously rolling. The water in the ball is continuously squeezed out of the surface. Due to the cohesiveness and plasticity of the material, the core of the ball and the raw meal powder adhere to each other during the movement and gradually grow up. Due to the cohesiveness of the material and the natural volatilization of the surface liquid film, the material ball has a certain strength. When the inclination angle, the height of the disc, the rotation speed and the water content of the ball disc are constant, the balls of different particle sizes will leave the disc edge and roll down at different angles due to different gravity, and then follow the rotation of the inclined disc body. Eject the outside of the tray from the edge of the tray.

3. After the frame is welded and the stress is eliminated, its mating surface is processed and formed on the boring and milling machine at one time to ensure higher assembly accuracy and more stable operation of the whole machine.

4. The scraper device composed of an unpowered combined scraper and a corner cleaning scraper can clean the bottom and edges at the same time, and when used with the optimized ball forming disc, the ball forming effect is better, and the qualified ball reaches more than 90%. 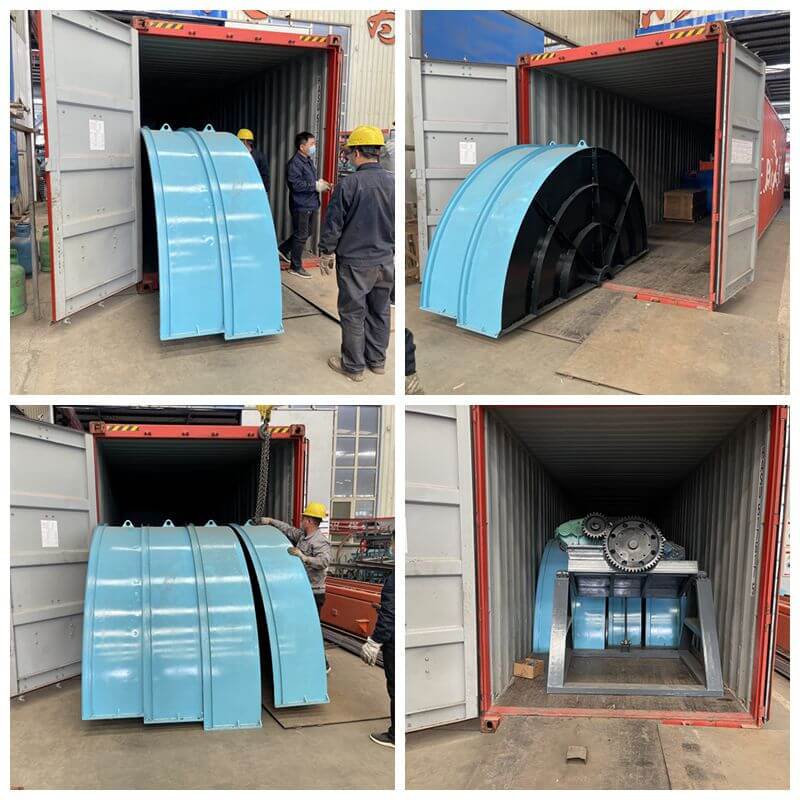